In a world polluted with social media, fake news, wars, terrorism and the lack of basic polite interactions of man, we realized there needs to be a place where we can all come together for some Friendly Chatting!

Talk about the latest goings on around the world and have a debate in here.
Forum rules
We recommend you visit News Headquarter for all of your latest and breaking news headlines.

Twitter spent Friday night playing whack-a-mole with President Donald Trump as he tried to address his supporters on the social media platform through other people's accounts, after his own account received a permanent ban.

Trump had initially tried to relay a message to his followers using the official President of the United States Twitter account, but they were deleted within minutes.

In the four-tweet thread, the president claimed that Twitter was not a network for free speech and said that he was now in talks to set up his own social media platform following his suspension.

The POTUS account, which will be handed over to Joe Biden from Inauguration Day, remains active.

However, the Trump 2020 campaign Twitter account was the next to receive a suspension after it tweeted the president’s message amid increasingly desperate efforts to reach his following.

Digital director for the Trump campaign, Gary Coby, was next on the chopping block after he appeared to change his username to Donald J. Trump and in a tweet, offered the handle over to the president's Deputy Chief of Staff Dan Scavino.

‘@DanScavino texting you my Twitter login … I already updated the profile pic, name, etc.’ the tweet read. ‘Feel free to use!’

Twitter has not commented on the suspensions since the announce the permanent ban on Trump’s account on Friday evening. 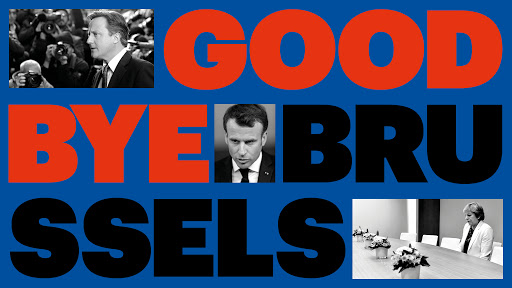 Trump always was a loose cannon and this action was long overdue, but we will not have seen or heard the last of him. He has far too many supporters for him to roll over and remain silent.
Top

I agree Spice and Aitch. An ignorant man - crass in his whole approach. Glad to see the back of Trump, but have to be honest and say I am not keen on Biden at all. If that is the best America has to offer as President - Lord help everyone.

What do you think @jane @admin
Top

Trump fans state there are videos and other sites to support that his presidency was stolen/voter fraud. I don't believe it. I form my own opinions based on what I hear out of his mouth and his social sites. There is no justification in what happened at the capitol in DC. I am appalled at the whole thing, because that mob acted like animals; worse than animals.

There were younger men running for President. He looks too frail to even finish out one term, but time will tell. I am completely neutral when it comes to Trump or Biden. Just not many choices.
Top

Methinks the lunatic doth protest too much Dazzal.
Top

Emerald wrote: ↑January 10th, 2021, 8:18 pm I agree Spice and Aitch. An ignorant man - crass in his whole approach. Glad to see the back of Trump, but have to be honest and say I am not keen on Biden at all. If that is the best America has to offer as President - Lord help everyone.

What do you think @jane @admin


I look at what is happening in America and wonder what the hell is going on tbh. Trump is clearly delusional. He still cannot accept he had LOST and spend his days ranting to anyone who will listen.

There is talk of impeachment and some act where he can be removed forcibly due to being unfit mentally?

As for Biden...he seems very frail to me. How long he will last is anyones guess. I do know he doesn't like us Brits. He’s been photographed with the likes of Gerry Adams...

I find the whole way presidents are elected strange tbh. It appears anyone can run for president if they so wish. I certainly think they whole system needs a serious overhaul. I mean Trump was a chat show host...ummm.

(2) I find the whole way presidents are elected strange tbh. It appears anyone can run for president if they so wish. I certainly think they whole system needs a serious overhaul. I mean Trump was a chat show host...ummm.

No1 - Biden has what to me seems to be an excellent vice president and I am convinced will step up and successfully take control should the occasion arise. . so fret ye not

No2 - It is indeed a strange way to apply the first-past-the-post arrangement, but IMO not that much better than our system; although I would shrivel in despair if PR should ever rear its ugly head with all the infighting that would ensue. It's times like this that I am glad I am a decrepit and almost senile old curmudgeon, because PR would most probably see me off to the big chimney to join my forefathers

1. Antifah - Black Lives Matter took over a section of downtown Portland, Oregon, for over 100 days. They destroyed businesses, public and private property and government buildings. They did rioting and looting from May until September, that's when (finally) federal troops were brought in to squelch the mayhem.
2. There was one "event" by "Trump Supporters" and, while it was a very bad thing to happen, it did not compare to the destruction Portland observed for months and months.
3. Trump never directed anyone to go and break into the capital building. He never told anyone to kill people along the way. There are no recording's or direct quotes of him telling anyone to do such vial things. What he did say to the supporters in Washington on that day was to "fight like hell" against the result of November's election but never did he say to destroy property, attack federal property and kill people. He actually said, "peacefully and patriotically make your voices heard"!

This is all political showboating. It is solely Polosi and the Democrats trying to get their names in the history books.

As for Twitter, Facebook, Instagram and other social media platforms blocking Donald Trump; I think they are stepping too far in the political game as well. They allow Antifa to possess and populate accounts, but not the President of the United States?

For example, since June 2011, ANTIFA Philadelphia has had an active Twitter account and it is still being used.

This is a personal vendetta by Democrats against the Republican President. They attempted to impeach him before. The Democrats have voted completely across their party lines on every single item brought to the floor by Republicans. The travesty here is that our government has become a You and I form of leadership, Democrats versus Republicans.

That is the shameful truth and we, as American citizens, must suffer the consequences.

No replies expected, just voicing my thoughts and I'm done with this crap. No more comments from me on this topic.

Ever since Biden was elected to run against Trump for the presidency, then there must have thousands upon thousands of people leading up to the election who made sure that voting machines were rigged, the ballots were miraculously changed, or not counted.
There were 62 lawsuits filed by Trump. Not a single judge believed him.
Makes one wonder doesn't it? All those lawsuits and all those recounts in multiple states all for naught.

Return to “News and Views”